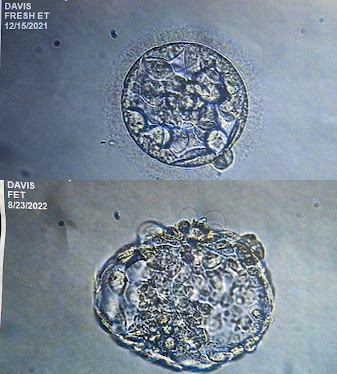 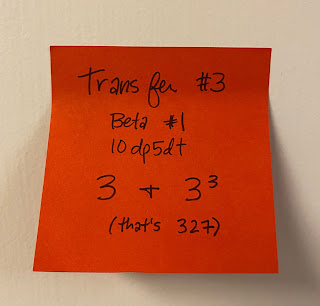 Today's beta was 327, which was not a number we ever saw with our first FET and a number we did not see until more than 15 days after the transfer with our fresh transfer. Today is 10 days past transfer, so this is a good thing. Then again, I have to remember that I have seen positive pregnancy tests and had positive betas before, so I have to keep myself and my emotions in check. The next step is to see how fast the beta doubles; I'll go back Tuesday to see what's going on.
My nerdy brain decided to try to make something cool out of the number (other than, you know, that the transfer worked, at least so far) and I realized that 327 includes the number 3 and 3 cubed (27), and it was our third transfer. So, that was neat! Then, I listened to multiple versions of the Schoolhouse Rock! song "Three is a Magic Number," two of which I have linked below. Please enjoy as you enter the long weekend.
The original Schoolhouse Rock! version:
The version by Blind Melon on Schoolhouse Rock! Rocks:
"No Rain," the only other song I know by Blind Melon:
Something that made today great: Good beta news!
Time I woke up: 7:45 am
Posted by Kimberly R. Davis at 9:31 PM