After my marathon last weekend, I wanted to coast until the Marine Corps Marathon 50K, but Sandra reminded me that tapering still involves some running.
The LSU game was scheduled for 11:00 am, so we opted to start early enough to be ready for the game. We did about 3 miles by ourselves then met up with the Varsity Sports group for 10-ish miles that took us through LSU. While we were out, we ran/walked about 8 miles with a lady named Brandy, and the three of us ran/walked the last two with a lady named Amy. We were quite the sight running through the tailgaters and gameday guests! 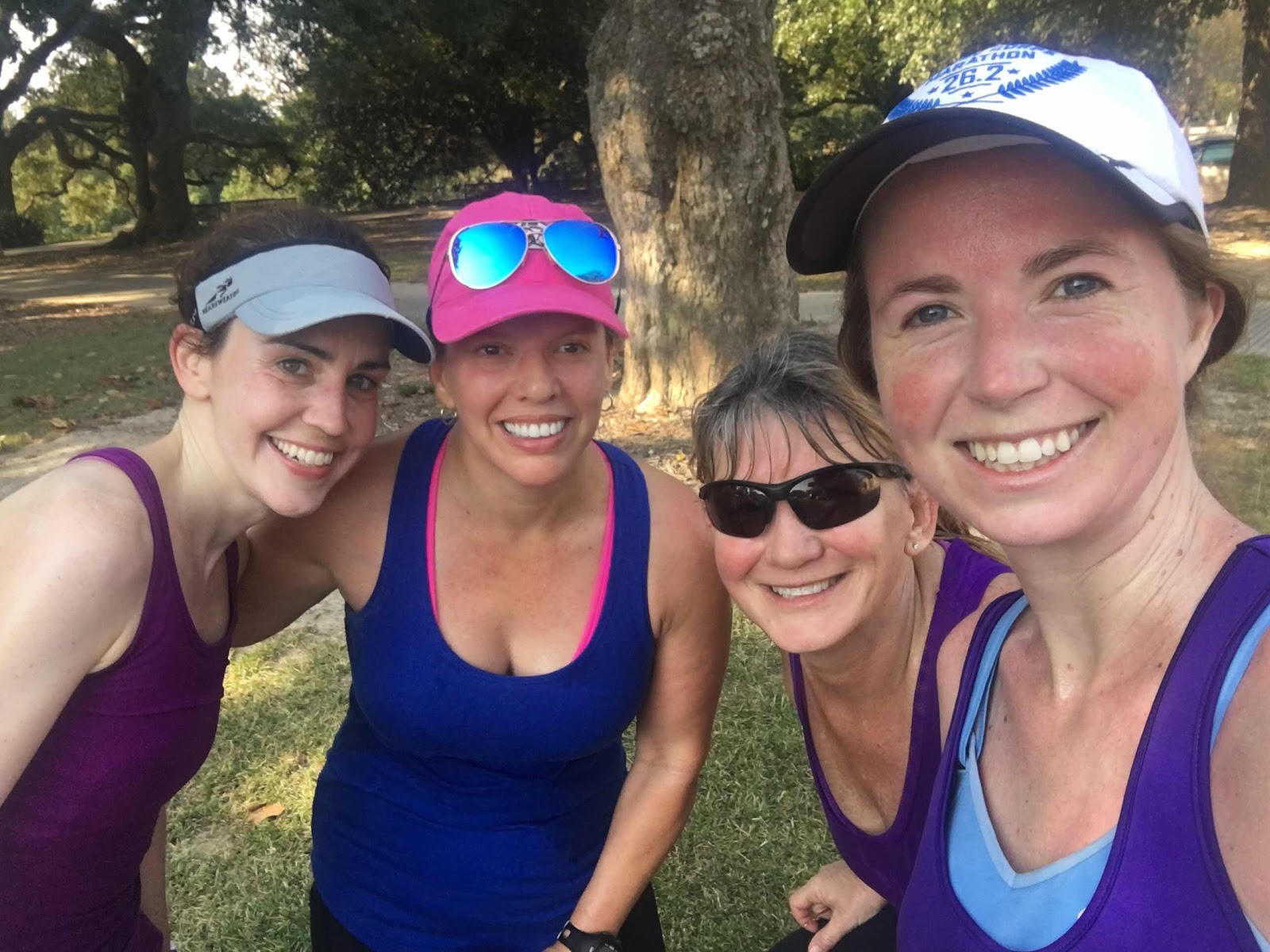 Post-Run selfie with new friends!
After the run, I took a quick shower, and Sandra dropped me off on campus to meet Richard, Russ, and George at the game. We had seats in the stadium club, which was pretty cool until Russ, Richard, and I all got sunburned. Apparently, games that start at 11:00 am have challenges beyond waking up early.
By the time we made it home, I’d experienced more excitement than I enjoy in some weekends, but the party didn’t stop there! We hosted Tim and Emily for dinner; Richard made sous vide steak with gnocchi, and I made Vegetables Galore. That’s a story for another day, but there were definitely vegetables galore involved. Not to be outdone, I made two desserts: peanut butter pie and mixed berry cobbler. 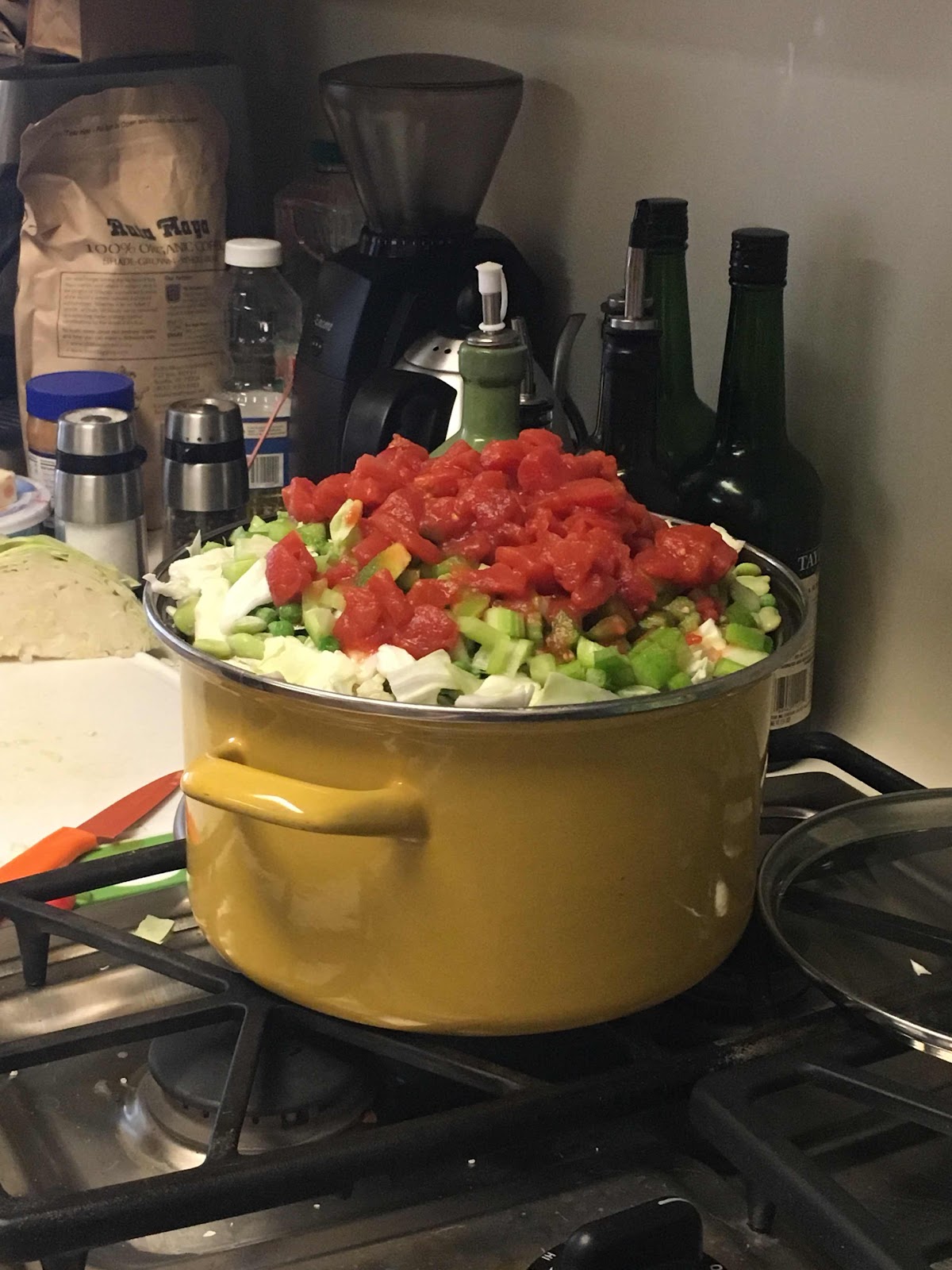 I added onions after this.
It’s been quite the eventful day, and I think my sunburn and full belly are the perfect recipe for a night of deep sleep. Whew.
Something that made today great: I accomplished so many things!
Time I woke up: 6:10 am
Posted by Kimberly R. Davis at 10:20 PM