Something I love is when I find out that there is a name for something I can conceptualize but not quite pin down. It is especially rewarding when I discover the name for a phenomenon in an unexpected place. Today, that happened to me while I was reading for my Finance in Higher Education class!

Sometimes when I have an excess of energy, enthusiasm, or just plain hope about the future, my present self makes commitments and promises that my future self can't or doesn't want to uphold. (In some circles, this is known as, "Your mouth writing checks that your booty can't cash" or some other variation of "booty.") Sometimes, when the future arrives, I am direct and honest by stating something along the lines of "Past Kimberly thought this was a good idea," or "Past Kimberly didn't know I was going to have the week I just had," and I cancel the plans.

Apparently, inconsistency is an actual concept in economics and I just didn't take enough economics classes to learn about it. Wikipedia has some stuff to say about inconsistency, but the short of it in the higher education world is that people's preferences/plans for the future sometimes crumble (for financial and effort reasons) when they have to take some action (such as filling out an application for financial aid). There are also two kinds of people: sophisticates--the people who know they lack self-control and therefore adjust for the choices they would likely make in the future--and myopes--the people who are unaware that their future self will not make the greatest choices. I won't go into more detail, but here's an APA citation for your reference or for further reading. (Also because I didn't come up with this idea on my own.) I pasted it from my class syllabus; I didn't just type it up to flex my citation muscles.

On my best days, I am a sophisticate, and now that I have a name for my behavior, I'm going to try to double down on planning for what future Kimberly will do or want.

Also, here are some memes that I found using Google images. 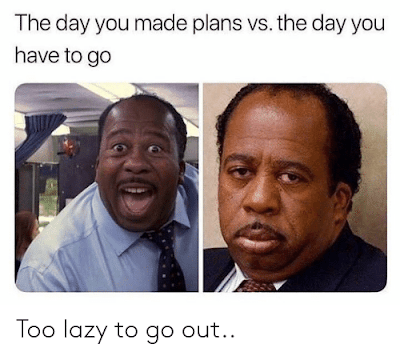 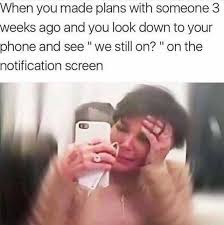 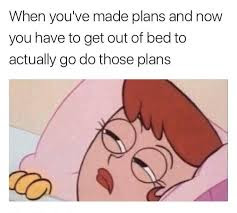 Something that made today great: Class was excellent this evening!
Time I woke up: 8:25 am
Posted by Kimberly R. Davis at 11:32 PM