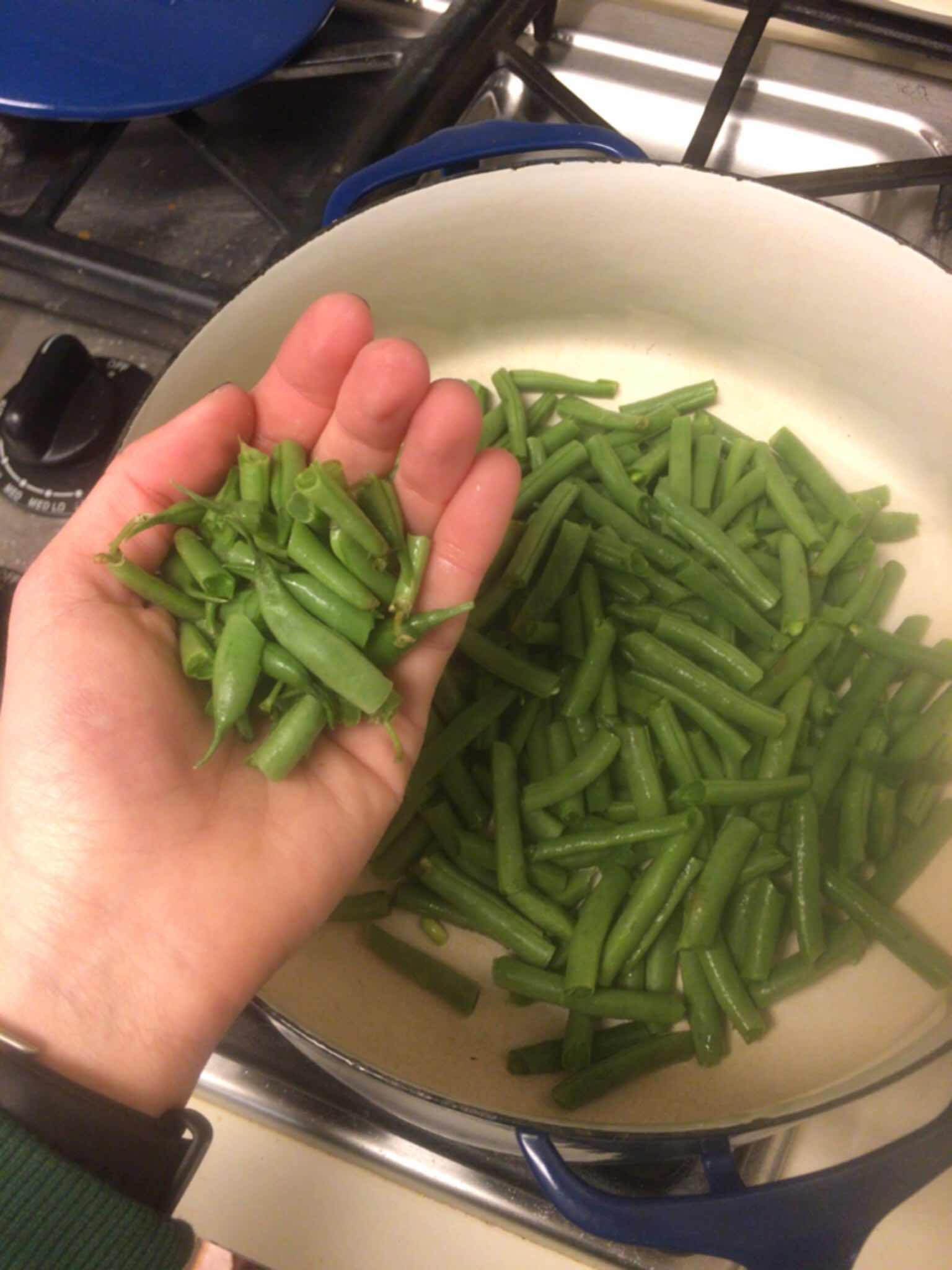 I spent time today texting with my mom, which is something I do most days. When I told her I needed to figure out what to make for dinner, she suggested a baked chicken, which is one of my sister’s favorite meals. I decided on green beans as one of the sides, mostly because they’re delicious when my mom cooks them. (Mine were inferior to say the least.)
One thing I love about green beans is snapping off the ends. Both of my parents came from families that had big, thriving gardens, and one of my favorite rituals as a child was sitting at the kitchen table with my grandfather and snapping the ends off. Then, we’d snap the beans into smaller pieces and put them in a plastic bowl. Like other similar idle activities (picking out pecans, anyone?) it gave us time to talk while we worked with our hands. I miss my grandparents and their wisdom, and I so admire the people they were and how much they were able to do with so little.
Richard was working today, so I snapped beans without anyone to converse with today. (Scooter was home but isn’t much help when it comes to dialogue.) I stood alone in the kitchen and snapped the beans directly into the pot where I planned to cook them.  I listened to Harry Potter and the Sacred Text (of course) and enjoyed the productive feeling that comes from preparing a home cooked meal. (Welllll...mostly. I had store bought ice cream for dessert.)
My work week starts tomorrow, and I’m hoping I can have a few good days at work before heading into the weekend again. I’m still not feeling stellar, but I have a doctor appointment tomorrow. Fortunately, I’m not behind on anything for school, but I do need to get things straightened out sooner rather than later or I will be behind. Yikes.
Something that made today great: Reading a few chapters of Harry Potter and the Goblet of Fire in my pajamas
Time I woke up: 10:46 am
Posted by Kimberly R. Davis at 9:15 PM