The weekend thus far has been rife with opportunities to do grown-up things, and Richard and I have been rocking the adult game.

Last night, Richard and I went on a dog-friendly date for pizza and gelato with our best dog as a warmup for a weekend of adulting. I kicked off today by running with cousin Tim again, then Richard and I went shopping for nice clothes and furniture. On October 17, we will receive a fabulous bedroom suite, and our current bed will make its way to our empty room that still has blinds (we haven't replaced the ones Scooter destroyed), so we'll have a guest room! I was completely useless in the selection of our new mattress because I liked them all, but I think Richard and I settled on a good bed that's not too firm but not too soft either. I could probably nap on a pile of rocks, so I'm glad Richard is around to pick a bed that's actually a good investment.

We came home and watched the end of the LSU game (it did not end well for the Tigers), then I picked up Cane's for dinner, and I studied for the midterm that I have to take on Monday.  That's a pretty full day of being a good adult, so I'm about to plug my computer in and go to sleep.

Tomorrow, I have my last double-digit long run before my marathon in three weeks! The heat and humidity aren't letting up as much as I had hoped, so I might be running low and slow (like a Crock Pot!), but I'll get my miles in, and that's what matters. I'm down for 18.5, but I'm picking up Ellen at her house for the last three, which will keep me going as the mileage for the day is coming to an end. 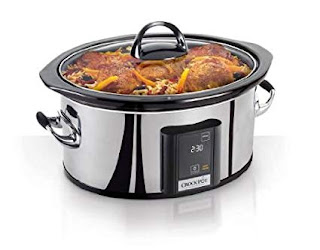 I'm going to need a nap after that, but I have an afternoon study meeting, so I'll have to see if I can squeeze a nap in during the morning or if it'll need to be a late afternoon nap. (Typing these past few sentences already has me excited about the nap I'm going to take tomorrow!) There will definitely be caffeine involved at some point in the day.

Something that made today great: Spending the afternoon with my best husband!
Time I woke up: 8:14 am
Posted by Kimberly R. Davis at 11:24 PM