Marathon season kicked off for me today at the Silver Comet Marathon in Mableton, Georgia, which happens to take place on the Silver Comet Trail. The trail was absolutely beautiful, and the temperatures were perfect for a late October race. The cutoff advertised for the race was 5.5 hours, which would be a personal record (PR) for me, and one that I have been trying to beat for a little while now. But, today was not that day. (Fortunately, the race director kept the course open for 6 hours.) Every day can't be the best race day, but it does make me appreciate the good days even more. Also, even on race days that aren't the best, it's pretty wonderful to be able to get out and do healthy things like run a marathon on a beautiful trail with a friend and talk about life. Also, I’m proud of my friend Mary Lynn for finishing her first half marathon today! 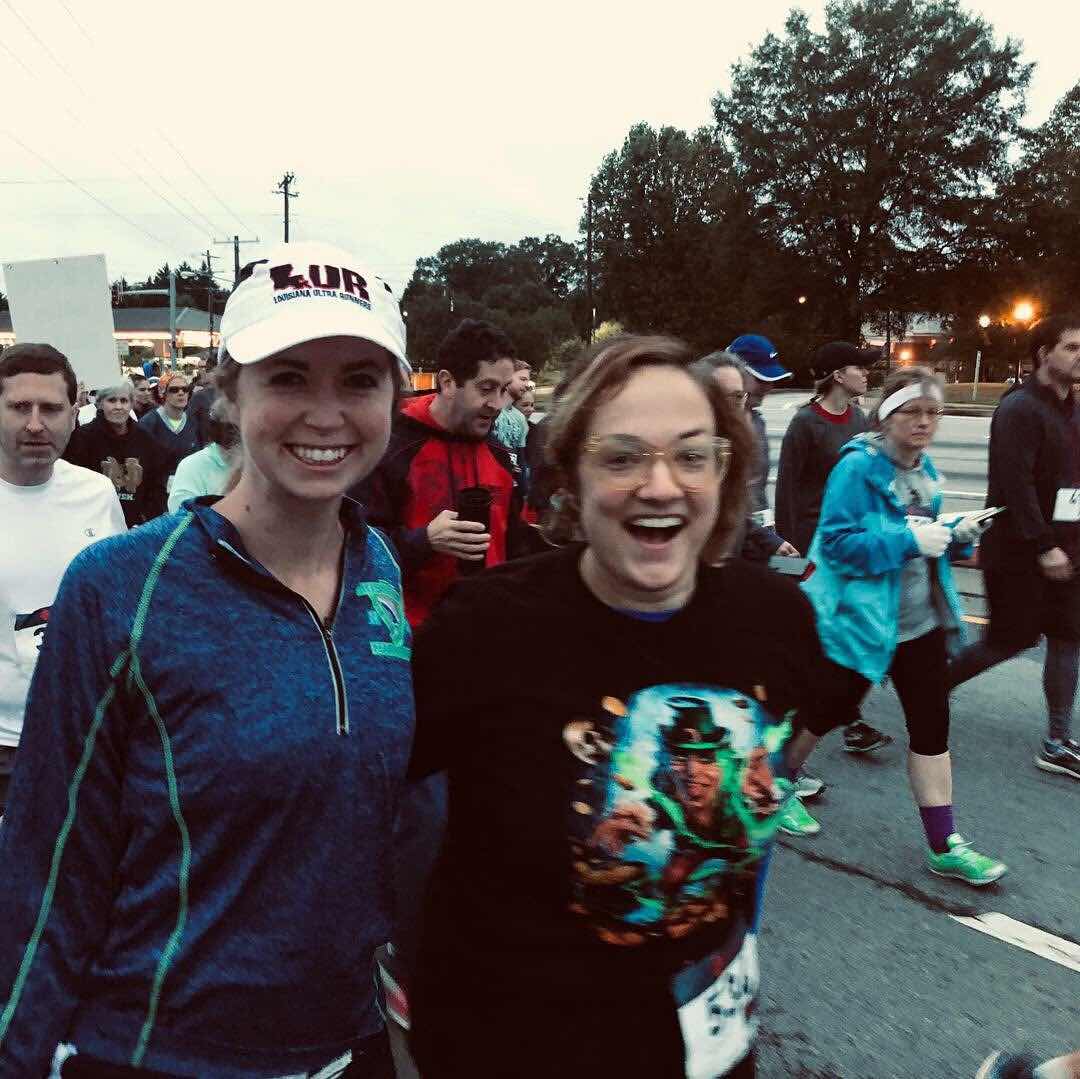 I was super excited about today's race because I had been missing the camaraderie of running with my friend Catherine, and we were wearing our awesome new running dresses. Unfortunately, after a promising first half, I wore down fast. I went in with a plan for the race, but that was thwarted about a third of the way the through the race when the mile markers disappeared. I expected today's race to be small with little to no crowd support--I have run marathons basically alone before--but I also expected mile markers, and they were not there for me. I didn't realize how motivating it can be to see a sign every mile, but it definitely wasn't good for my mental state to have no confirmation that I was as far along the route as my watch said I was. The course was mostly out-and-back, but when we hit the turnaround, our watches had us around mile 13. When we asked where the heck we were, the volunteers told us we should be around 14.8 miles.

As it turns out, we had missed a small out-and-back section totaling 1.8 miles. We only had to do it once on the course, so we made it up on the way back, but we were mad about it the whole time. Although there were no mile markers or signs, we were pleasantly surprised to be greeted by friendly volunteers at the turnaround. I made sure to describe the lack of signage as "bad" whenever I could for the remainder of the race. 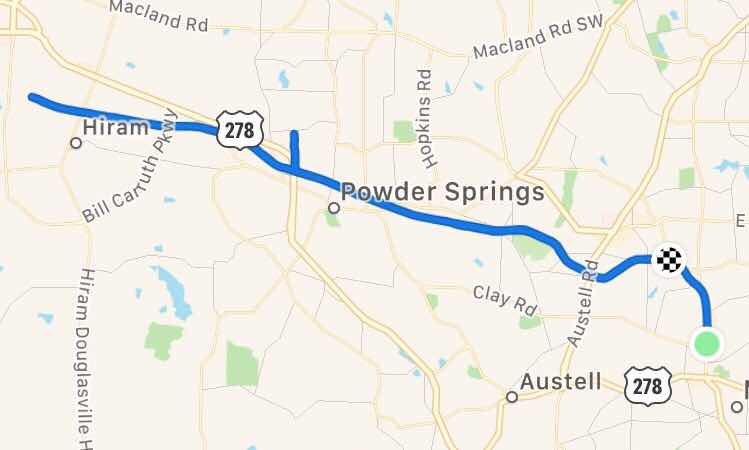 Despite the excellent weather and my training at lower heart rates toward the end of my training cycle, my heart rate rose in the second half of the race, and I struggled for a bit. Catherine was a patient and lovely race partner through it all, including when I wanted to walk from miles 18.5-20. (It was a fast walk, though!)

During the last five miles, when I started doing calculations to estimate our finish time, I came to the realization that we were likely to finish under 5:50 but definitely under six hours. As recently as two years ago during the Marine Corps Marathon, I had not run a marathon under 6:00, and I missed that by more than 11 minutes, due largely to unusual temperatures around Washington DC that weekend. Now, I have run my last few marathons under 6 hours as a normal occurrence. It was humbling to consider the progress I have made in the last few years. If I stick to it (and possibly try a little harder), I will eventually run that 5:30 marathon I have been chasing...and then I'll set a new goal. For now, though, it's good to celebrate my progress in the past few years and enjoy the fact that I can even participate in this incredible sport.

In the end, we finished the marathon under 5:48, making this my third fastest marathon to date. (Also, it's my fastest marathon on a trail, though this was a paved trail.) That's not too shabby! The shirt is super soft, the medal is neat, and the race was generally good other than the unmarked miles and out-and-back section. I would do this race again if I happened to be in the area around race weekend some other year. 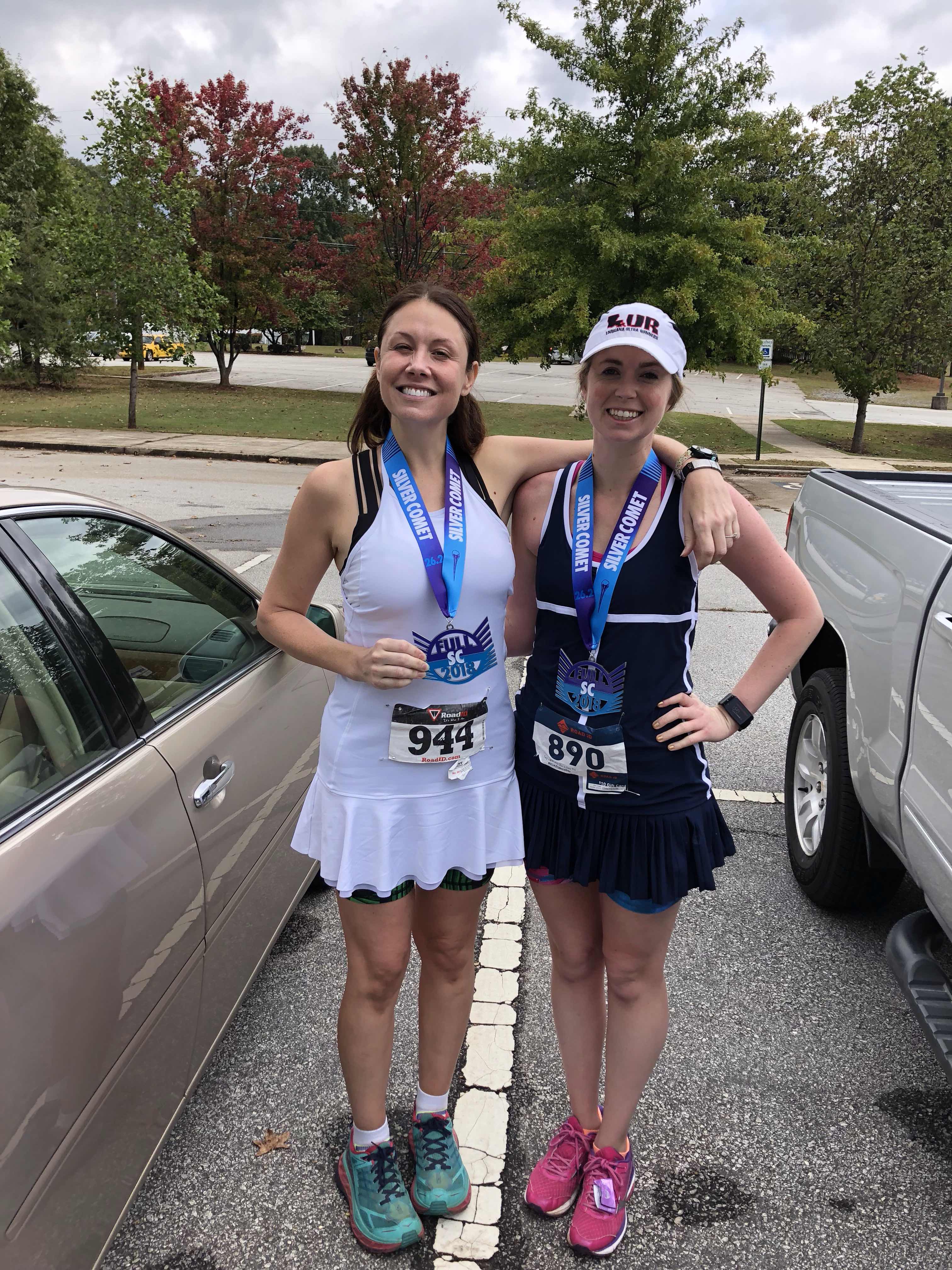 Something that made today great: Catching up with Jake after my first race of the season!
Time I woke up: 5:16 am
Posted by Kimberly R. Davis at 10:41 PM