Today was better than yesterday in most respects.

After much discussion, Richard and I decided that we wanted to dedicate some of our income to hiring a housekeeper. With neither of us having an abundance of spare time for the things we like to do in the first place, we concluded that paying someone to do things we don’t like to do and don’t have an abundance of time to do would be worth the financial commitment. We had our first visit today, and less than a day into it, we already agree that this is going to be a good investment. We only have them coming once a month, but Richard and I are mature enough to keep things mostly in order between visits, I think. It’s nice to exist in a clean and more organized house.

Since I was at home with the housekeepers, I was able to enjoy a leisurely morning that included using an appliance to fix my hair instead of throwing some Revlon No Blow Dry (my life saver many days) in my wet hair or salvaging the previous day’s hairdo with dry shampoo. Not only that, but I moisturized my face and put on some makeup. (I have so much respect for people who have daily routines that require this amount of commitment or more.) I caught up on some work for class, did a little laundry, and hung out with Scooter, too. I went into work for a very abbreviated afternoon of meetings, then it was time to go to New Orleans. I hit traffic, which was expected but not awesome, but then I had extra time to listen to My Favorite Murder podcast episodes. (That’s my current favorite podcast!)

I met up with Emma, her sister Molly, and their partners Conrad and Marine, for dinner. After a few rough patches this week, it was good to have some face to face time with an old friend. (I think the last time I saw Emma in person was 2016.) Social media is great, and I love a good group chat for catching up, sharing memes, or reminiscing on past hilarity, but it feels good to see one of your favorite people in the world. It certainly doesn’t hurt to add some fried food to the mix while you’re catching up. I’ve allowed myself to spend more time getting stressed out or upset about small things and less time chilling out or doing things that make me happy, and that’s an unsustainable lifestyle...so I am going to work on that in the upcoming week. Boom. 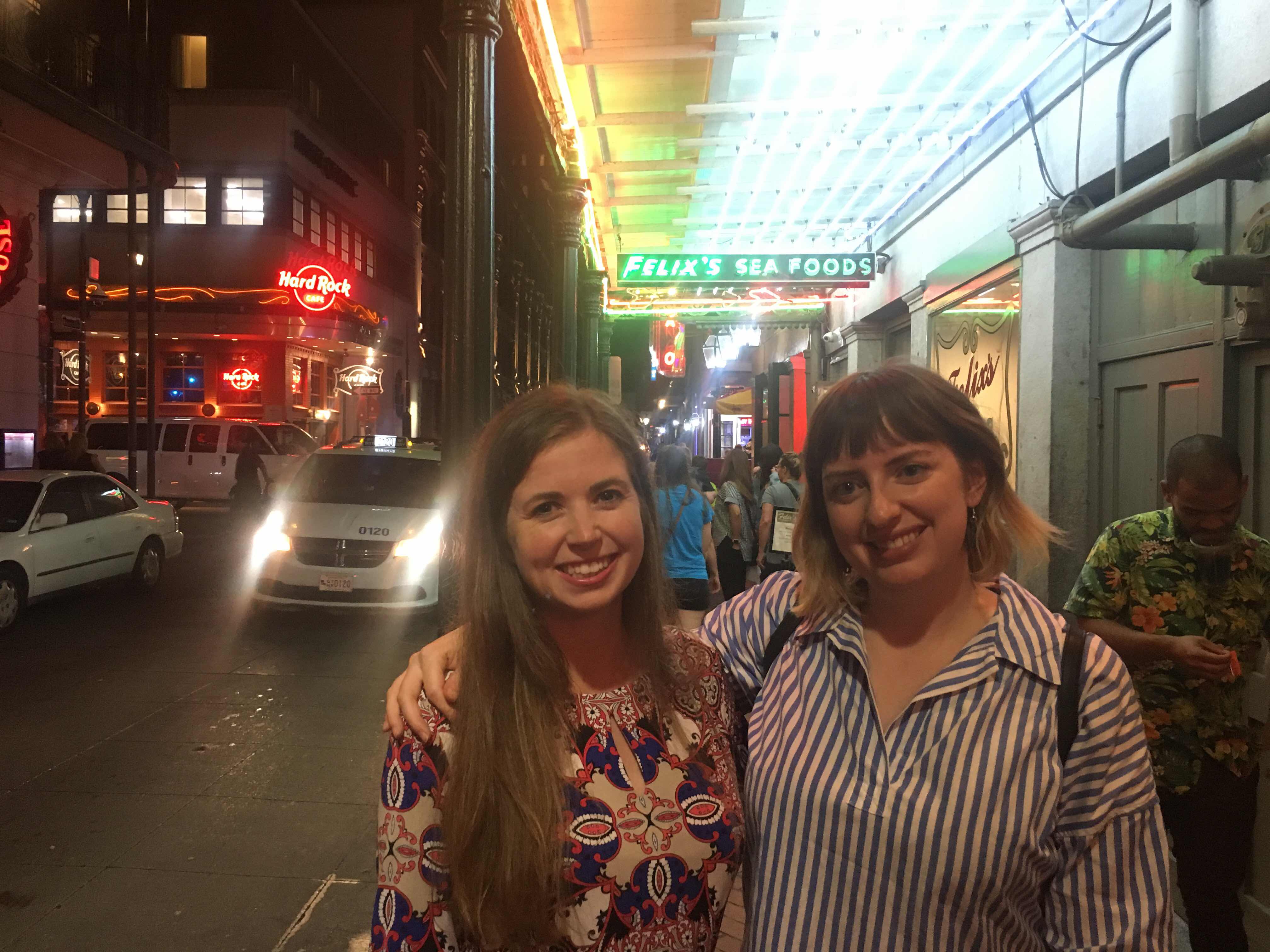 Something that made today great: So many great things, but I’ll go with seeing Emma for today.
Time I woke up: 7:56am
Posted by Kimberly R. Davis at 11:32 PM