In fall 2005, my friend Ashley was dating a college boy, and she was able to get access to high school Facebook—yes, that was a thing—pretty soon after it came out. At that time, high school Facebook users could invite some allotted number of friends to join as well, then those friends could invite friends, and so on. Since that time, I have been a loyal and heavy Facebook user…until June 14.

I knew I spent way too much time on social media, especially Facebook. I’d made efforts in the past to reduce my Facebook consumption, but I always ended up reinstalling the app on my phone and getting right back where I started. Under the weight of our latest batch of bad news in June, however, I was completely crushed and needed to step away. So I did.

And I liked it.

Here are some things I did in my social media absence: 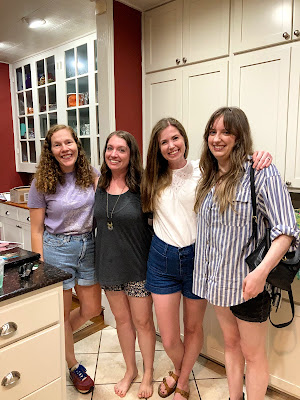 Here are some things I did not do:

It’s possible that I got pregnant yesterday or today, but there’s no way to know just yet.

In a previous post, I mentioned that our RE suggested trying intrauterine insemination (IUI) before attempting to transfer one of our euploid embryos from the freezer. We jumped straight into that in June, and it failed. IUI has about a 15% success rate (this page from our fertility clinic estimates 10-15%, but some research suggests the success rate could be as high as 20% ). We’re trying again this month, and my RE will do up to three before moving on to transferring a frozen embryo. (One study found that 88% of pregnancies from IUI happen within three cycles, and 95.5% happen within four cycles.) If we don’t have success after three, I might beg for a fourth, but (a) I’m not sure my RE would agree, and (b) I might not want a fourth after three failed cycles. Of course, a better scenario is that we have success within three cycles and don’t have to cross that bridge (or even come to it).

Compared to IVF, IUI is almost a non-event. I take 100 mg of Clomid for five days, get a few ultrasounds and a little bloodwork, and when the follicles look good and ready, I do a trigger shot. For both cycles, I have had two good looking follicles in my left ovary (21 and 22 mm last time, 18 and 24 mm this time). Then, 35 hours later, Richard does his semen sample. The lab pulls out the best sperm (the ones wearing tuxedos), and an hour after that, what’s left is placed into my uterus using a catheter. The process is about as [un]comfortable as a pap smear and only takes a minute or two.

Within 24 hours of the procedure, Richard and I make whoopee without a catheter for good measure. (I chose that euphemism for sex from this list of historical euphemisms partially because it’s funny and partially because Macon—the city where I went to college—once had a hockey team called the Macon Whoopee.) Starting the night of the day after the procedure (that’s a mouthful) and every day until I get my period (which I of course hope I won’t), I have the delightful experience of inserting a progesterone suppository to help my uterine lining be all ready to receive an embryo. All in all, though, it’s pretty painless. Some aspects—I’ll let you guess which ones—are in fact the opposite of painful. 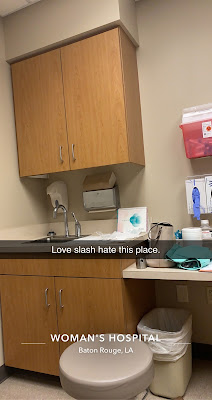 I don’t have anything particularly profound to say about my time away from social media. I think some people step away from social media and realize how much they were living through others or that they were not really living because they’re stuck on a screen. In my case, it’s not as if I was missing out on real-life experiences because I was spending so much time on Facebook. I lead a busy life, so I did not suddenly find myself with an abundance of time to fill.

What I was missing, however, was the time to process and decompress. I thought I was processing as I was sharing our story—and I think in some ways I was—but I never let my brain stop working. I found that it was healthy for me to not know any time someone else got pregnant and not inundate myself with infertility-related content.

I have a lot of mixed feelings about the best way to approach the next steps with infertility. I know that we have another IUI and two frozen embryo transfers in our immediate-ish future, but I don’t know what we will do if those all fail. While I don’t want to think too much about that possibility, I also have to be realistic: this is a difficult path, and there are a lot of things that don’t seem to be working for us. Mentally, I’m in a place where I think I could take another cycle or even several more cycles of IVF if that became necessary, but I will need to seriously consider what boundaries I need to set and uphold.

Something I have discussed repeatedly with my therapist is that I have not put other aspects of my life on hold to try to get pregnant. Working on my doctorate, running, volunteering with Junior League, and traveling have all kept me busy when our attempts to have children have not come to fruition. The world keeps going, and I don’t want to be left behind.

At the same time, I can’t help but wonder if I might have had a different outcome if I had made motherhood my only priority. I’m a person with many identities, and I don’t think I can relinquish all of them to be a mother. I shouldn’t have to. The gamble here—and there are so many things that have felt like gambles over these last few months—is that if I never have my own children, I could be left wondering forever. I try not to have regrets, and I probably won’t as long as there’s even a tiny possibility that I’ll get pregnant. But once that door closes (if it closes), I have no idea how I’ll feel.

So, that's the status update. For the foreseeable future, I am going to continue keeping my distance from Facebook and other social media. I think I’ll get back to blogging regularly, but I’m still not in a good space for engaging on social media. No matter how happy I am for other people, it's still very painful for me to see pregnancy announcements and baby pictures, so I'm finding it best to avoid those things where I can.

Something that made today great: Junior League social at City Roots followed by an unofficial afterparty at La Carretta!