Since we started our second IVF cycle, “Every cycle is different” has been our mantra. When I start to fret or worry, that’s the first thing I tell myself. It works to varying degrees.

Now that we’re on our third cycle of IVF, what I’m finding is that the time in each cycle when the anxiety ramps up is different too. The intensity also varies from cycle to cycle. When we went back to our RE’s office for bloodwork and an ultrasound on Sunday, I was hoping that we would have ten follicles this time since we’d had eight on Thursday. We had eight again, which was a bit disappointing, but it was still better than our first round. Twice as many follicles, in fact!

Later that morning, our nurse called to let me know my egg retrieval had been scheduled for Tuesday morning at 9:30 am. As with previous cycles, we would stop the regular stim shots in exchange for a trigger shot at 9:30 pm.  When I checked my app for the results, I saw that of our eight follicles, we had several that were looking small. That was when I started to panic. Last cycle, eight follicles gave us two normal embryos, and that was on the lucky side. I started to dread getting one or none again, which was not helpful. 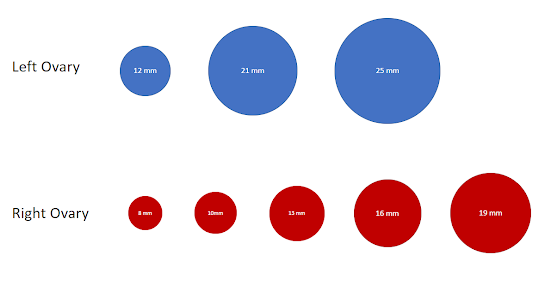 I ordered a devotional book that I think was recommended by someone on Instagram or in a Facebook group. The book is called Hope Strong: Navigating the Emotions of Your Infertility Journey: Overcome the Pain and Thrive with Hope, and each devotion concludes by tying the theme (alone, anger, anxious, confused, and so on) to hope. I sat on my couch and read over 100 pages—most of the book—and didn’t find much comfort. There were a few lines I highlighted to refer to later, but something was still missing. 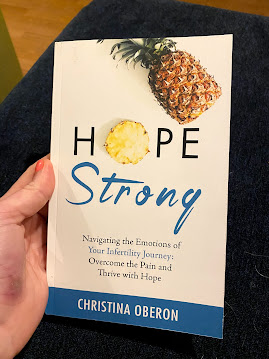 Perhaps what frustrates me about the recurrent reminders to have hope is that it suggests that I haven’t had hope this whole time. I have hope, and I still do, but it sure would be nice to have something else to fall back on right now. IVF and infertility are exhausting, and there are no guarantees.

I have mentioned before that I love the podcast Harry Potter and the Sacred Text. There is an episode from the first season where Vanessa and Casper read a chapter through the theme of hope, and Vanessa draws attention to how we are often quick to surrender and leave everything to hope. I listened to the episode—one of my favorites—again last night. In the episode, Vanessa states, “I think that we use hope way too early as a society, and I guess what I’m calling for is not for no hope, but I’m calling for a critical use of hope and what a wonderful thing to do, when you’ve tried everything else.”

What a wonderful thing to do when you’ve tried everything else.

The trigger shot signifies the end of ovarian stimulation. I have eaten whenever I was even slightly hungry, increased my water intake, limited exercise, done the injections, and rested. There is nothing else I can do to help these follicles in this cycle, so now I can hope. I have tried everything else that will help us up to this point. With that realization, I granted myself permission to continue to hope in spite of my anxiety.

I revisited the devotion book and found a quote I had marked: “We can be hopeful in spite of despair and resignation.” As difficult as it has been to stay hopeful after so much pain, disappointment, and frustration, I'm learning that hope doesn't have to exist in isolation from everything else. 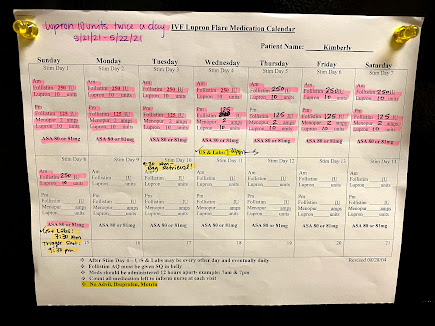 Something that made today great: I had a delicious Blendini from Rita's after my run tonight.