The Wonder Years is one of my favorite TV shows of all time. I first watched it on Nick at Nite in the 1990s, and in high school, my boyfriend acquired many of the episodes over the internet and shared them with me. I was thrilled when Netflix started showing it, and I was over the moon when Richard bought me the DVD set for Valentine's Day a few years ago. I have seen the entire series several times, but there are some episodes I have watched individually somewhere around twenty times.

At the end of the first episode, we learn that one of the characters, Brian Cooper, has been killed while serving in the Vietnam War. In the second episode, Kevin (the main character and narrator), says,

Brian Cooper was the first person I ever knew who wasn't old that died. I guess we all had that moment when we realized that someone who was basically a kid can cease to exist, and we're never the same after that.
(Thanks to this website for the quote, though I did add a comma and an apostrophe where needed.)

I think about this quote every time someone my age or younger dies. People from my high school class have passed away, and I recently heard that a peer from college died. Yet when my mom texted me on Saturday morning and told me that my cousin Troy has died in his sleep, I was caught completely by surprise. I know this is a thing that unfortunately happens in most families, but that does not make the loss any easier.

On my mom's side, I was the youngest grandchild for the first nine and a half years of my life, and I was so excited when my Aunt Rhonda had twin boys, Ryan and Troy. I loved going to visit them in North Carolina and hearing about their various antics, including making a number of messes. As they grew up, the twins were not as interested in hanging out with old cousin folks like me, but they were willing boat drivers for us on beach trips when we wanted to venture out to various islands and hunt for hermit crabs and sand dollars. We grew apart as we got older, but I still love all of my family members; this is not easy.

I'm still grappling with this loss and what it will eventually mean for our family and for me. I regret that we were not in touch much in recent years and wish I had made more efforts to stay connected, but I think that's a common feeling with any sort of loss of a loved one. There are so many phrases like "Nobody is promised tomorrow," "Don't wait to tell the ones you love how you feel," that are easy to brush off, but they are also true. I'm thankful for the time with family this week and hope we can all do a little (if not a lot) better at being there for each other in the coming years. I think that is what Troy would have wanted us to do. 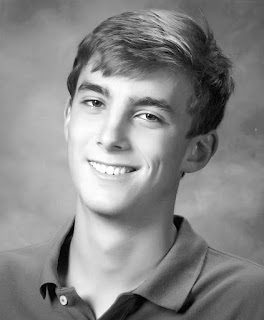