I considered several running adventures this weekend including the Whistle Stop Challenge (3 races in 3 days—5K Friday, 10K Saturday, and 15K Sunday) in Mississippi and the Oklahoma City Memorial Marathon (I want another stab at the 5:30 marathon), but I was too overwhelmed by school to commit to leaving town. On Tuesday, Sandra told me about the Active for Autism 5K, a local race not far from my house, so I signed up for that. After being sick for the GOTR 5K and not feeling in tip-top shape for a PR, I was ready for another attempt.
I’m pleased to report that I smashed my previous race PR of 29:47 (Mudbug Madness 5K in 2018) and finished in 29:01. My watch said the course was 3.15 miles, so it might’ve unofficially been a larger PR, but either way, I am proud of my efforts today and am motivated to keep getting faster. 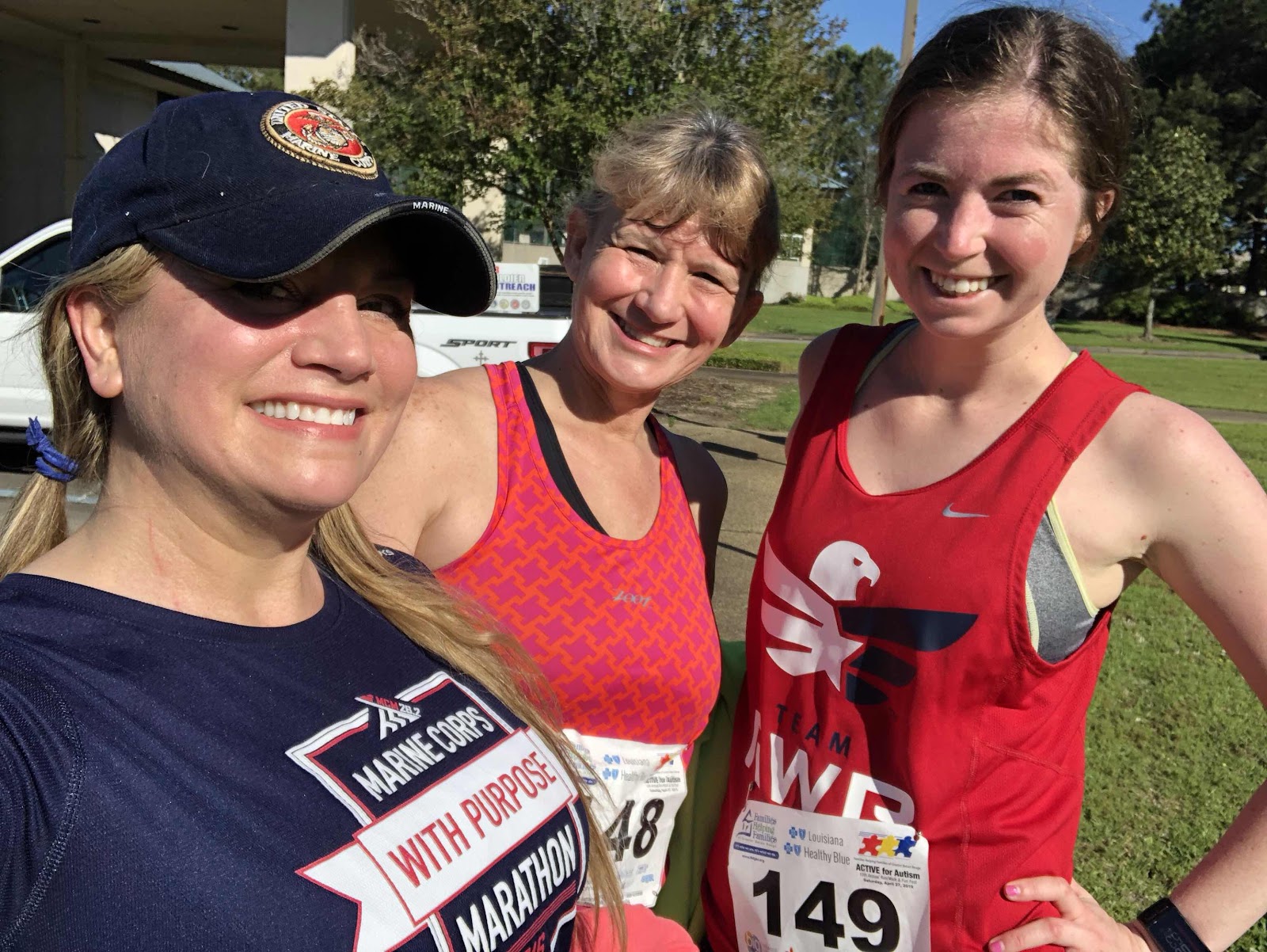 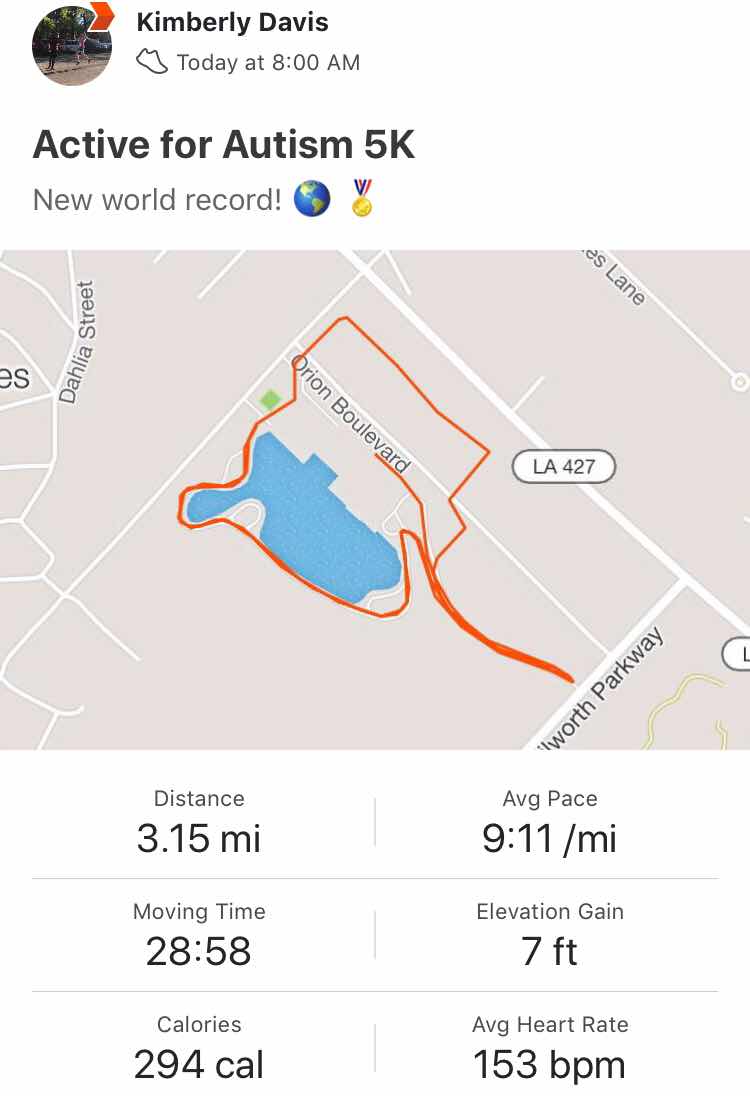 I must’ve started my watch 3 seconds after the race officially began.
After the race, Sandra and I had breakfast/brunch at The Ruby Slipper, and I failed to take a photo of my food once more. I guess I’ll have to go back, which won’t be an issue because my food was deeeeeeelicious. Seriously, yum. Catfish and grits with a creamy Tasso sauce and a delicious fluffy biscuit and their cane syrup butter? Yum. Even better, the portion was so enormous that I knew in advance that I needed to save some for later, so our wonderful waitress brought me a box (with a to go portion of the cane syrup butter), and I immediately put half of the biscuit and half of the catfish and grits in a box for later, so I was able to enjoy it twice. What a great idea.
Then, we went to Trader Joe’s, I put gas in my car, and Scooter and I hung out in the yard because the weather was fabulous today! I wrote thank you notes while she basked in the sun, then I worked on my literature review for a bit, and we took a nap.
The weekend so far has been just what I needed, although tomorrow will be a little more work intensive than today was. Overall, though, it’s not a bad way to go into finals week.
Something that made today great: That PR was pretty sweet!
Time I woke up: 6:40 am
Posted by Kimberly R. Davis at 8:43 PM