I have written about my sorority before, but I’m not sure I’ve talked much about my professional fraternity. Honestly, my involvement as an alumna of both organizations has looked much different than I thought it would and has not been as seamless as I envisioned when I was a college student. Living away from collegiate and alumni chapters of both groups and having an unusual work schedule has made staying involved in a more traditional sense a bit of a challenge. What has not changed, of course, are the promises I made when I joined both organizations and the type of person I aspire to be because of the high standards of character that they each prescribe, but it’s always good to be reminded of what I promised to do and why it matters to preserve them.

In January, I had the opportunity to facilitate at The Journey in New Orleans through Alpha Gamma Delta, and this weekend, Delta Sigma Pi had its South Central LEAD Provincial Conference in Baton Rouge, so I’ve had meaningful opportunities to reconnect with both recently. As I mentioned yesterday, I was nervous and unsure what to expect from attending my first event since 2011, especially since this was my first event in a new province. As it turns out, the South Central Province and the Southern Province share that Southern hospitality that I love so much. (It also doesn’t hurt to stay close to a Past Grand President who will introduce you to everyone.)

In many ways, attending LEAD now was similar to going as a collegiate member. The breakout sessions were of high quality, and I learned several pretty cool things about habits, personal finance, and the history of the Deltasig Ritual. At lunch, I had conference chicken (my first of the year since I didn’t go to any student affairs or higher ed conferences) and met Deltasig brothers from all over. After the breakout sessions, I enjoyed networking with other alumni and made fast friends with the National Community Service Chair, Angie, who shared much wisdom about exercise, raising daughters, being involved with Delta Sigma Pi, and more, and I was able to sit with her and some other wonderful alumni at dinner. A few hours after walking into a place where I only knew a few people, I was sad to leave to go home so early. That’s a pretty significant change from not being sure I wanted to stay through dinner earlier in the day, but the things I love about Delta Sigma Pi run deep through the fraternity, and they didn’t go away just because I left the scene for a few years.

Something I’ve found from both of my recent reunions is that having the fortune to participate in Ritual together continues to be meaningful and inspirational as I do my best to get this whole life thing as right as I am able. While there are some secrets for members only, both of my organizations state publicly through creeds and ceremonies that members should live their lives in such a way that they can use the skills and benefits gained from their membership to bring credit to the organization. At a time when it’s tough to read much good news about fraternities and sororities, this adherence to values matters more than ever.

Alpha Gamma Delta’s Purpose ends with the words, “This shall be my Purpose that those who know me may esteem Alpha Gamma Delta for her attainments, revere her for her purposes, and love her for her womanhood.” Delta Sigma Pi’s memorial service, which is public, reminds guests that brothers should strive for others to say of them that “The world is better because they dwelt upon it” when they are gone. (I don’t own the most current Ritual, so I don’t know the exact quote right now.) Spending time with brothers and sisters from all over reminds me that I have the privilege to be part of something huge and wonderful, but I’m also charged with helping to preserve it. It’s a tall order, but most things that are worthwhile require some effort and work.

I’m up for the challenge. 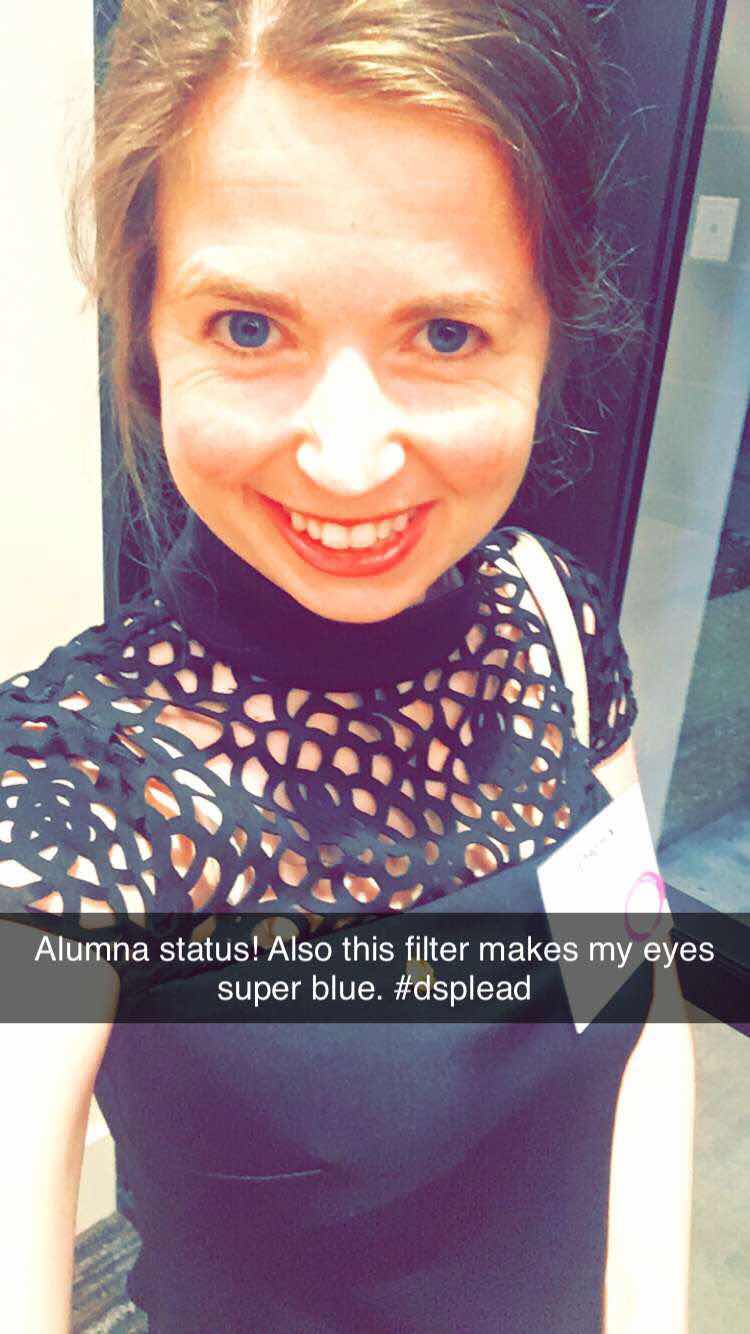 Something that made today great: Ran the Zydeco Half Marathon with new and old friends, including a former student who did her first half today! (Maybe I’ll write a late race report if I’m low on inspiration this week.)