Hooray for race season! After running some new, longer distances over the past few months, I’m shifting gears somewhat and working on speed. I’m hoping to PR in some shorter distances that I’ve neglected in the past year or so when my schedule has been packed with marathons and ultras.

Today was my first 15K race since the Revel Run in Shreveport back in October 2016, and I went in with two goals. The first was to set a new PR, and the second, more ambitious, goal was to hold the pace I would need to maintain to run a 2:30 half marathon. I am pleased to report that I achieved both goals, even though it did get tough in the last few miles of the race. When we started, my phone said the humidity was 98%, and when the humidity went away, the temperature was rising, but I managed to push through and PR by 10 or 11 minutes! (Official results aren’t posted yet, but my watch said 1:46:00 was my finishing time.) 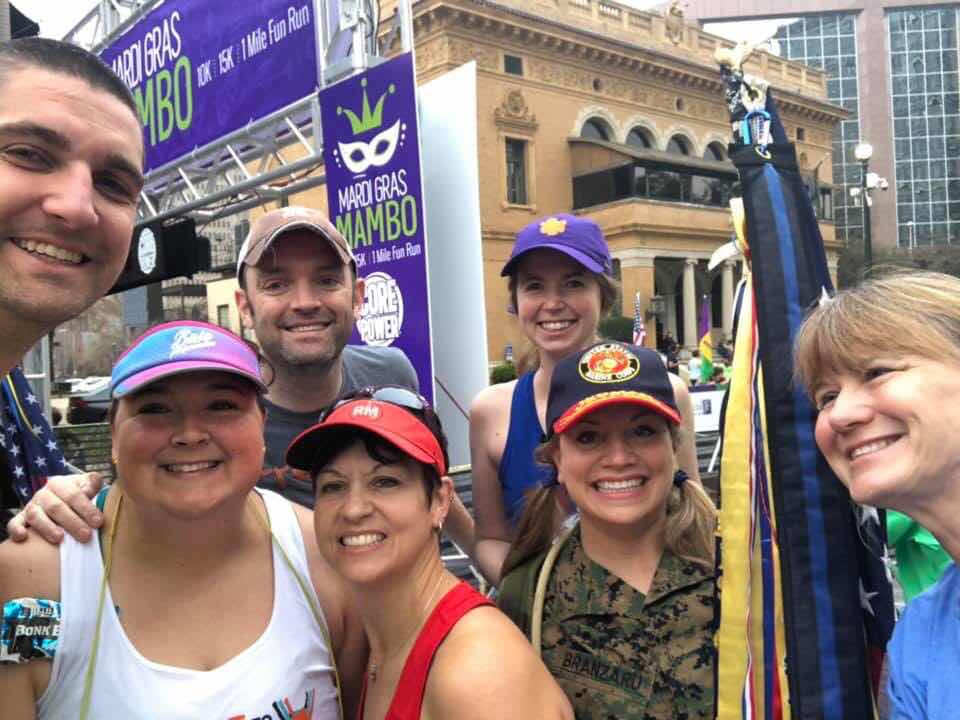 A special highlight was seeing Jennie and Jesse about a tenth of a mile before I would turn the corner to the finish line. I’d planned to walk to the corner until I heard a cry of “Come on, you ol’ glue stick!” from down the road. (It was Jesse.)

I responded with, “Aw man, I was gonna walk to the corner!” but he told me that it was, in fact, not the time to walk but the time to “Kick it into high gear!” I told him I didn’t know how to drive a stick, but I did keep cruising at my running pace, which shaved a few seconds off of my finish time. Boom. 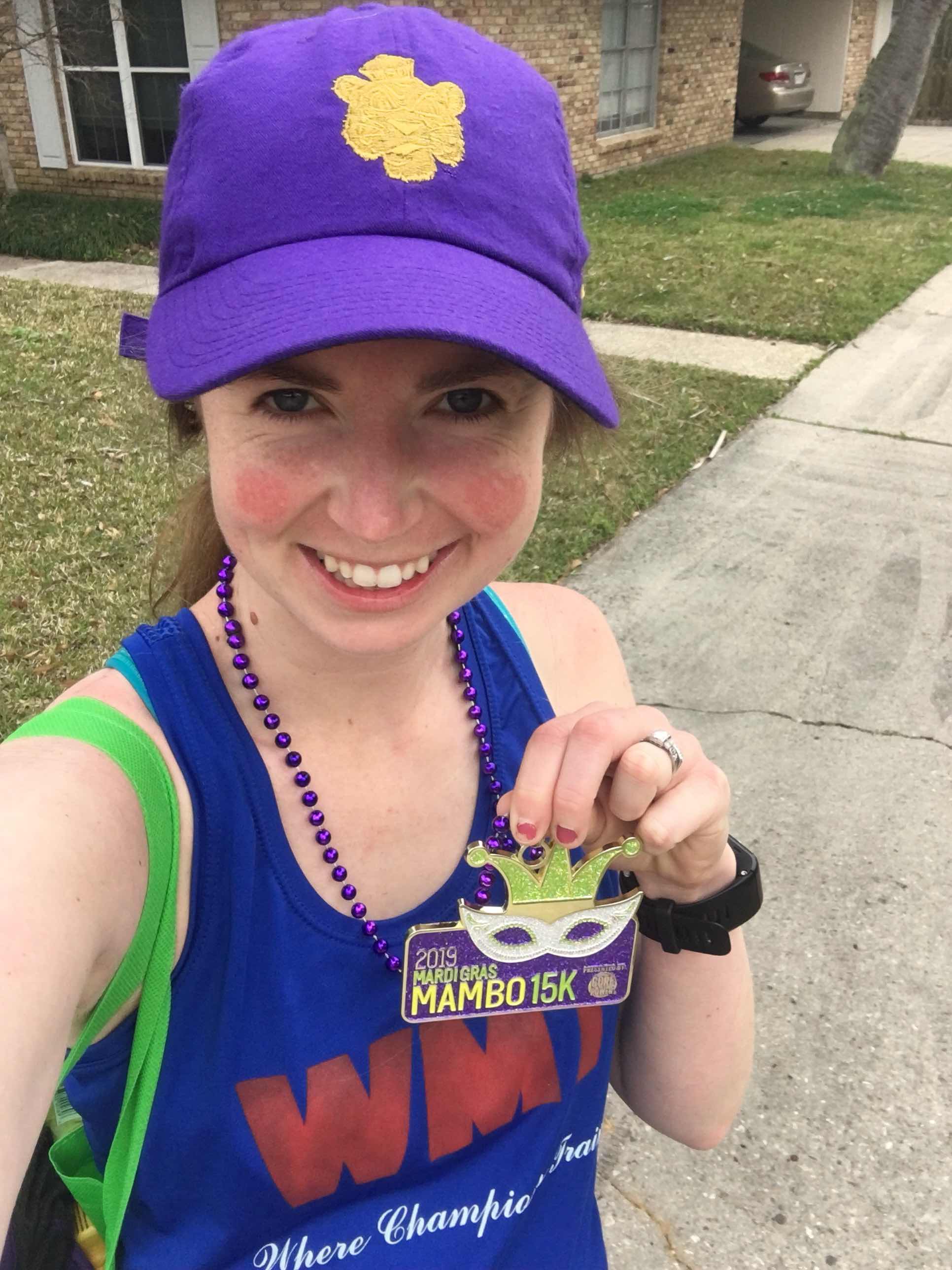 Loving my medal AND my new(ish) LSU hat!

After the race, I enjoyed hanging out and chatting with friends, which is almost as much fun as the race itself when you have friends like mine. I headed home for a shower, caught up with Ariel on the phone for a bit, and proceeded to take an outstanding 3+ hour nap.

Speaking of naps, I’m mostly on track with my goals for the weekend. So far I have:
I have the following remaining:
So, tomorrow will be an ambitious day, but I can handle it. I’ll overlap my knitting with watching TV, and I’ll take a shorter nap tomorrow. Or maybe I’ll take a shorter nap and reward myself with a third nap if I’m ahead of schedule in the afternoon.

Something that made today great: $1.79 Blue Bell pints at the grocery store!
Time I woke up: 5:30ish

Email ThisBlogThis!Share to TwitterShare to FacebookShare to Pinterest
Labels: running