Five years ago today, I crossed the finish line of the 2013 Chicago Marathon, and life has not been the same since. Committing to run the marathon in the first place was a big deal, and I learned and changed in many ways through the training months, but racing helped me catch a new bug altogether, and I am thankful to be celebrating five years as a marathoner. More than that, I am grateful for all of the miles and memories in between. I've run miles alone, miles with friends, and miles with hundreds and thousands of other people, and all of it is meaningful and wonderful in some way. Even the bad days make room for more good days in the future.

That said, the fall 2018 race season is HERE! I’m a little later starting than I have been in the past few years--usually I at least have a 5K under my belt by now--and it started with a bang. I ran the Came Field Classic in Port Allen, Louisiana, and a crew of GOATS made a trip down south for the adventure. It was so good to see them, because they’re like extra family members. I have some pretty cool medals, but rather than a medal, this race gives runners who complete 7-mile Machete Challenge--1-mile, 4-mile, and 2-mile courses through cane fields on a local plantation—a prize unlike most other races: an actual machete.

This race wasn't originally on my radar, but Elena reminded me about it, and I have only heard good reviews from friends I know who've done it, so I committed. (It's very, very easy to convince me to sign up for a race.) Elena picked me up when it was still dark out this morning, and we headed over to the race. We took it easy and had such a good time talking and checking out the different routes. The terrain was certainly different from the wooded trails that I'm used to, but it's good to switch things up from time to time.

The post-race party was a blast with regular fixins like beer and jambalaya, but they also had cracklins, chicken quarters, grilled vegetables, and grilled pineapple...YUM! There was also some live music, so there were plenty of reasons to hang out and have a good time even after the race was over. We did exactly that and stayed long enough for me to get a little sunburn, but not a painful, terrible one. 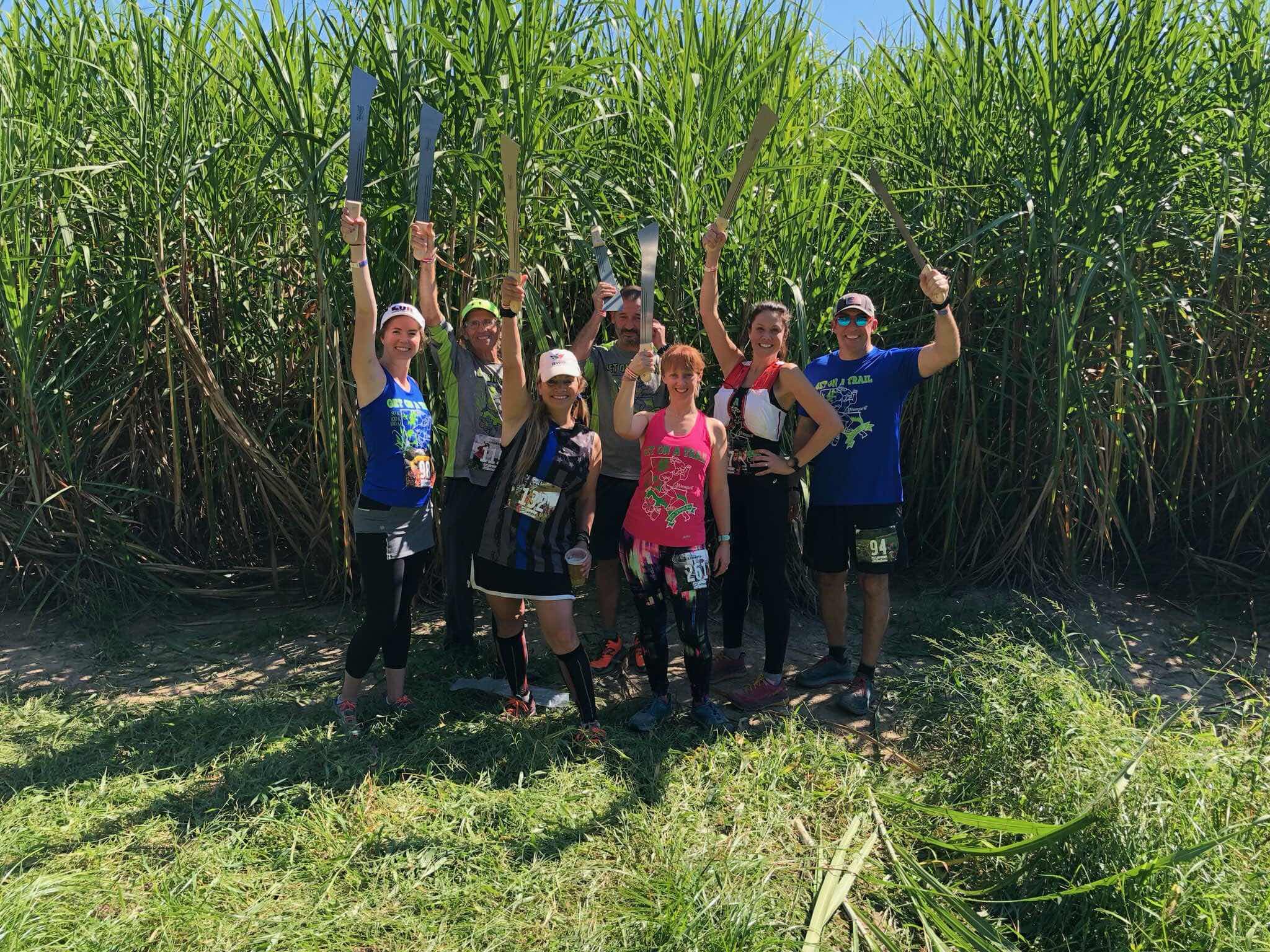 After I came home, I took a big fat nap. I tried to get Scooter interested in napping with me but had little success. I am the least favorite dog parent in this house, but she did join me to watch the LSU game. Elena brought me pineapple-themed goodies including a copper pineapple cup, so I washed it and used it for my gameplay cup. She told me pineapples are a sign of good luck. I like to think that the combination of the grilled pineapple, my pineapple cup, and a hard week of football practice all aided the LSU Tigers in their victory today. 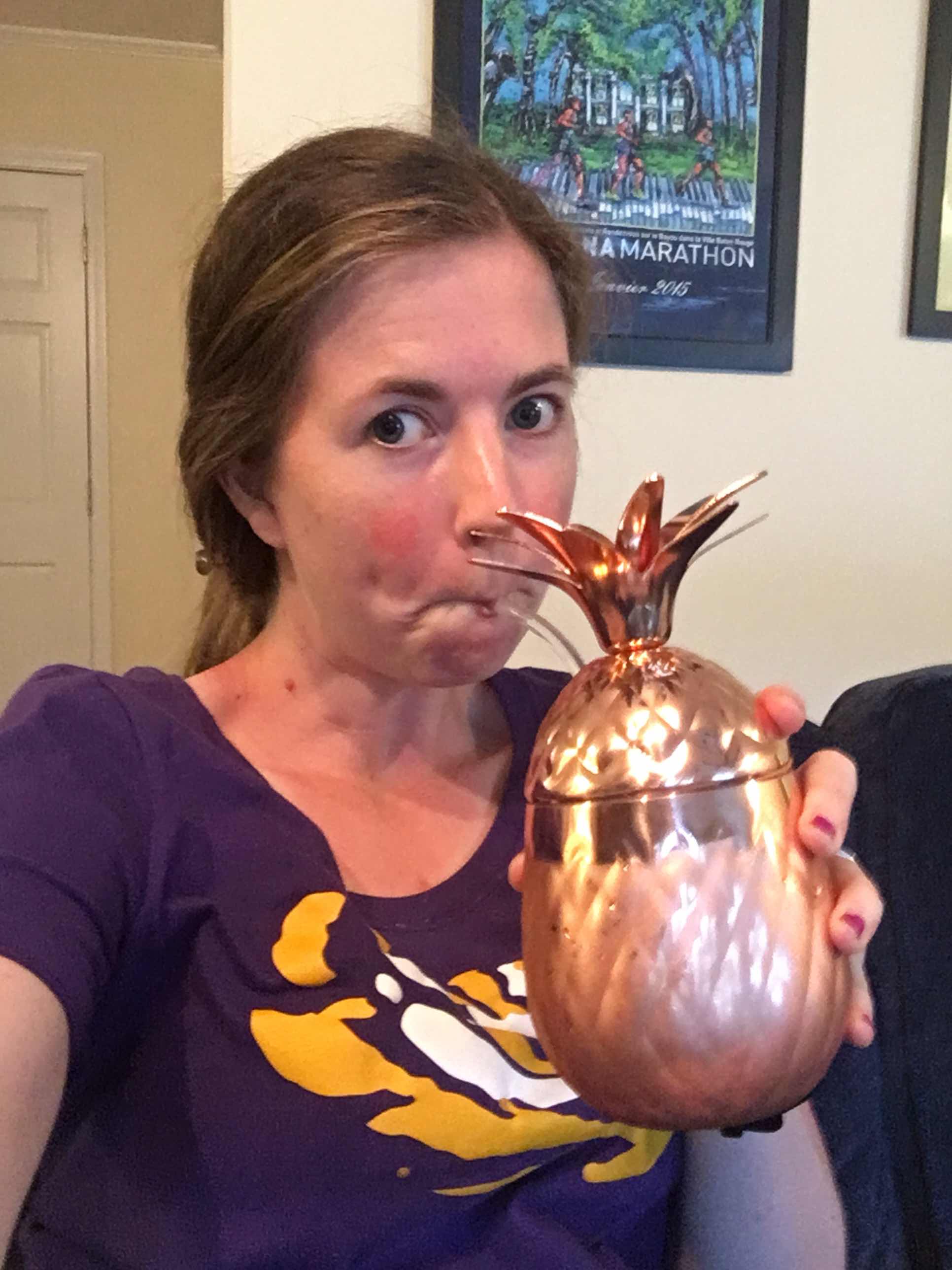 Two weeks until Silver Comet, and I am ready to go!
​
Something that made today great: I ate a whole bowl of popcorn and drank out of  my pineapple cup while I watched the LSU Tigers upset the Georgia Bulldogs today. That was pretty rad.
Time I woke up: 5:27 am. Woah baby.
Posted by Kimberly R. Davis at 10:16 PM